Blinky and Boosh
A Luscious Makeover 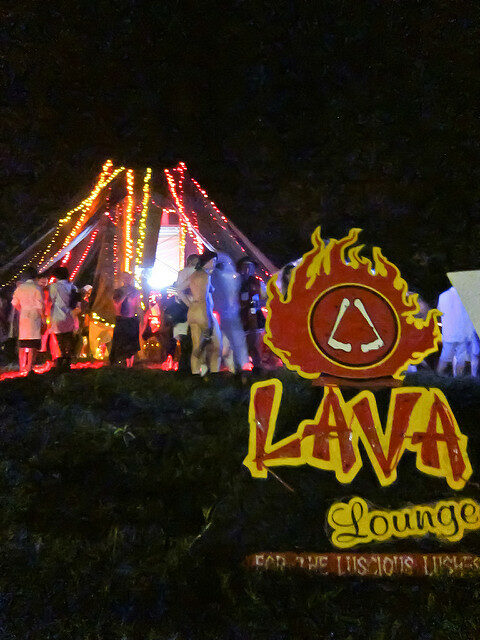 Description: Last year the Lava Lounge volcano got a complete structural overhaul. This year, accoutrements. The plan includes upgrades for the flame effect ignition system, making it more reliable and thereby able to be used more frequently. New control hardware also allows the flame effect to be synchronized with an additional 1000 addressable LEDs strung from the summit. Boosh firings will now be served with blinky animation appetizers, interrupting the normal lava colored flow pattern. Additionally, the equipment for this project will continue to make appearances at future Flipsides as part of the Lava Lounge experience.

Does the piece incorporate flame effects, moveable pieces, and/or is it climbable? Yes

The flame effect itself will be the same as LL has previously used, with the exception of switching from a pilot light to a hot surface igniter. It will be mounted, connected, and operated per existing plan, under which the flame effect has been previously approved for operation.