This project iterates on a series of interactive pieces I’ve produced over the last few years, including several propane flame effects designed to be fired at a rapid speed, a number of addressable high-powered lights, and interactive capacitive touched based controller.

At the center of the project is a compact flame effect, composed of a sculptural steel torch head which is on the end of a 6ft pipe elevating it above the ground. The torch head contains a continually running flame which acts as the ignition for the compressed propane effects. Four small 1lb accumulator tanks are connected to the torch head via slightly different lengths of pipe, and triggered via 12V solenoids. A minimum of two (preferably four) 25g propane tanks feed the effects via ½”ID propane hose.

The flame effects and any associated lighting is controlled by a hand-held controller with a number of metal strips that act as touch sensors. These touch sensors allow for a very reactive effect, with very low latency between touch and flame activation, and the multiple small accumulators allow for a max of around ~250 pulses per minute. There is a separate safety shutoffs (i.e. “deadman switch”) so that participants can control the effect. The fire controller connects to several additional electronics modules that run the flame effect and lighting.

All of the above I currently have from existing projects. I am in the process of designing and building a fancier torch head that would look roughly like a daffodil or other lily with hinged petals which will rattle as the flame activates. I don’t yet have a design to share for this, but it will be CNC plasma cut steel that is designed to pack flat and be assembled with angled connectors.

As a note I am only requesting funding for the cost of propane and transportation of the project from my home in San Francisco. I’ll be enlisting help from Austin-area friends to deal with getting this to the event once its there.

Will it need power?

If it will need power, what is your power plan?

This only requires ~5A of 12V power, depending on whats available I’ve run this off spare deep cycle batteries or a extension cord to my camp power or some other nearby power source.

Does the piece incorporate flame effects, moveable pieces, and/or is it climbable?

All of my fire art is built to meet the Burning Man FAST standards. I will be pressure testing it with soapy water before ignition, and will have a 5g bucket of water and fire extinguisher with the piece during operation.

Have you completed any other large scale art projects? (In this media? Where and when? How did the project go? Do you have pictures or recordings?)

You may upload photos/recording of past projects here 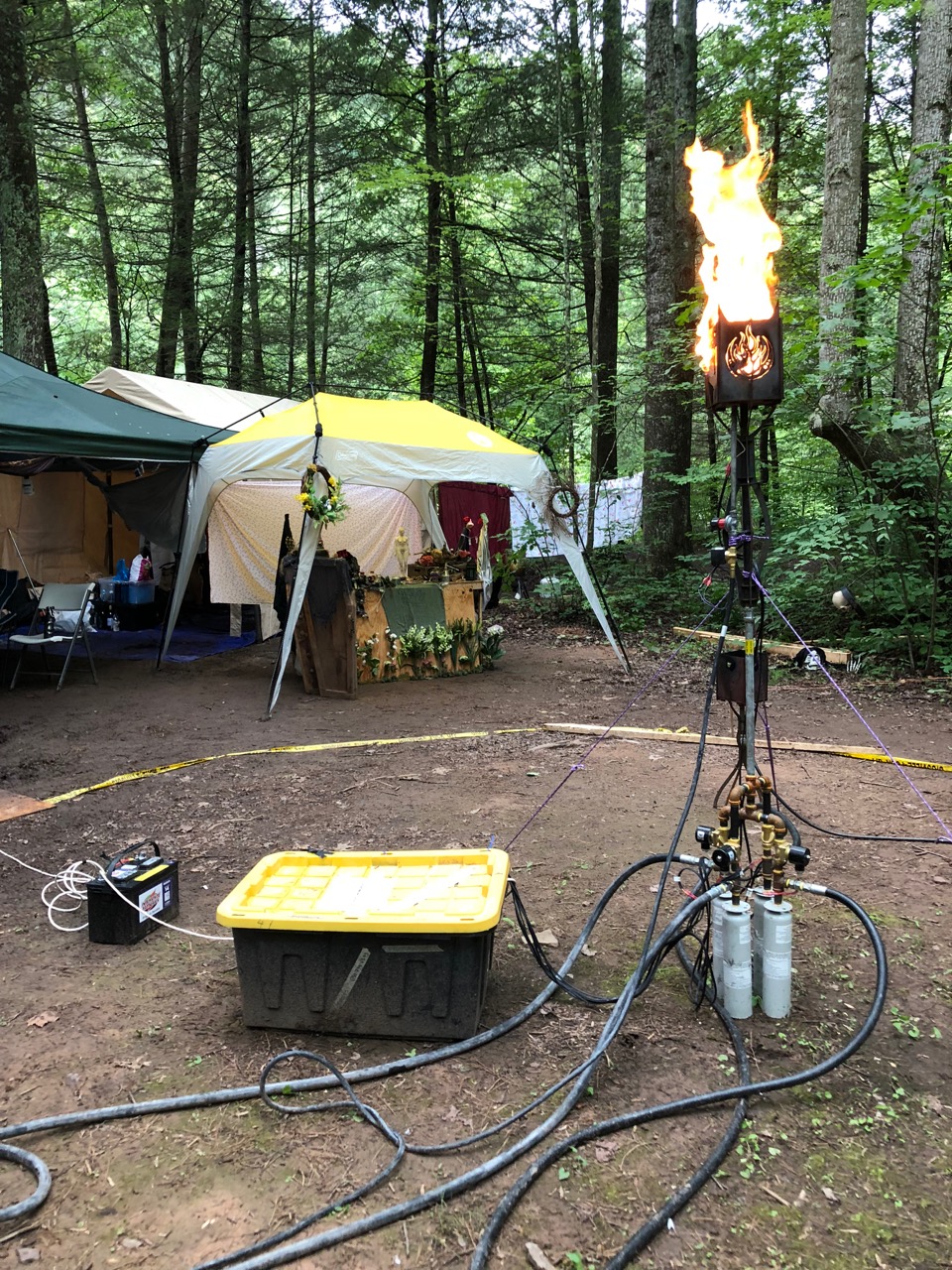 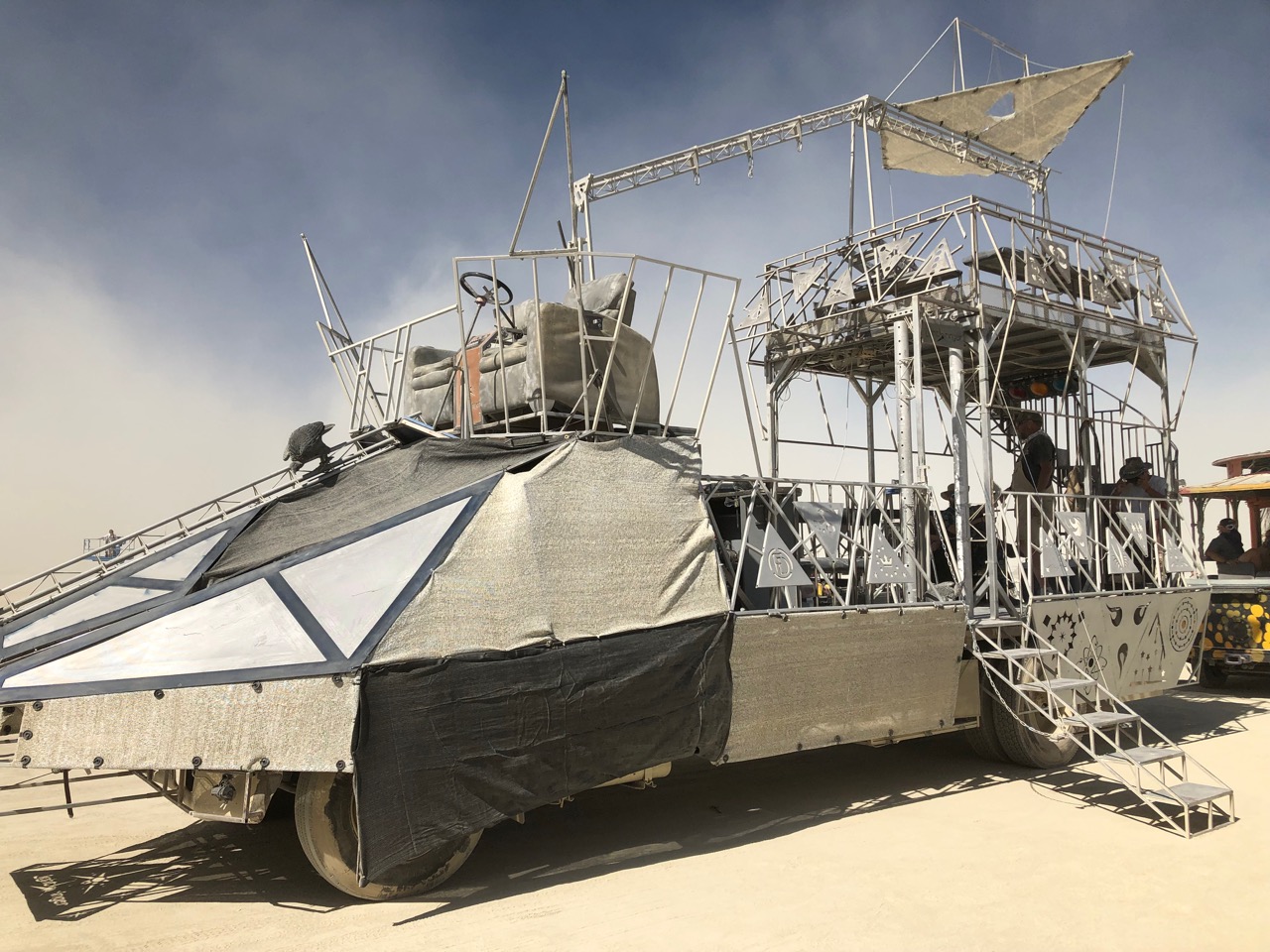 What is your timeline detailing the planning, creation, installment, and removal of your project?

The fire plumbing for this is already assembled. I also have existing controller electronics and software that could drive this immediately, but I am working on updating this as time permits. I am still working on designs for the sculptural elements but expect to have them complete by mid-April to test out at a local burn at that time.

As far as installation this project should take 3-4 hours to get up and running, and around an hour to tear down.

How much money do you need? (Up to $575) We are looking for a thorough itemized budget and the amount of grant money you are requesting.Please include a reasonably researched estimate of the cost of the materials you expect to need.

I am only looking for grant money to cover the specific costs of bringing this project to Flipside. The costs of the project itself area already paid for by myself and past event grants, new costs I will be covering myself.

Have you received funding from any other entity or regional for this piece previously? If so, who and how much?

Upload a spreadsheet of your budget here:

Assuming a covid safe way: in 2022-2023 We would like the artists to give community workshops outside of Flipside. Do you think you have a workshop idea that could be provided to the community? If so, please tell us what it is.

Sure, I’ve given flame effects workshops before, but I don’t live near Austin so probably not suitable.

Assuming a covid safe way: We will be having the 2022 Ignition Philter fundraiser in Austin after the fall town hall (usually held in late September/ early October.) Would you be willing/able to bring the piece back for that event?