Description: Kaleidoscope Eyes consists of two large (approximately 22″ diameter) eyes. Each eye contains a large kaleidoscope mounted in the middle peering directly through the cornea. Handles on the kaleidoscope in conjunction with a 2-axis gimbal assembly which each eye is mounted on allow participants to aim an eye as they peer though. The iris of each eye consists of a radial LED array controlled by a series of buttons and dials, allowing participants to modify and play with the colors and patters within the eye.

V1 of this project was featured at Freezerburn this year as the eyes of the duck. While very successful, there were aspects of the project that were incomplete or insufficient for long term reuse.

This project is intended to be sustainable, and installed at many events before their eventual retiring. This next phase should bring them up to my originally designed standards of quality, durability, usability, and ease of installation.

Does the piece incorporate flame effects, moveable pieces, and/or is it climbable? Yes

The moving parts consist of two sets of kaleidoscopes on 2-axis gimbal assemblies. They are safe to use when mounted properly, but do present a potential danger to fingers. Crush points have been identified and heavily padded to prevent harm. 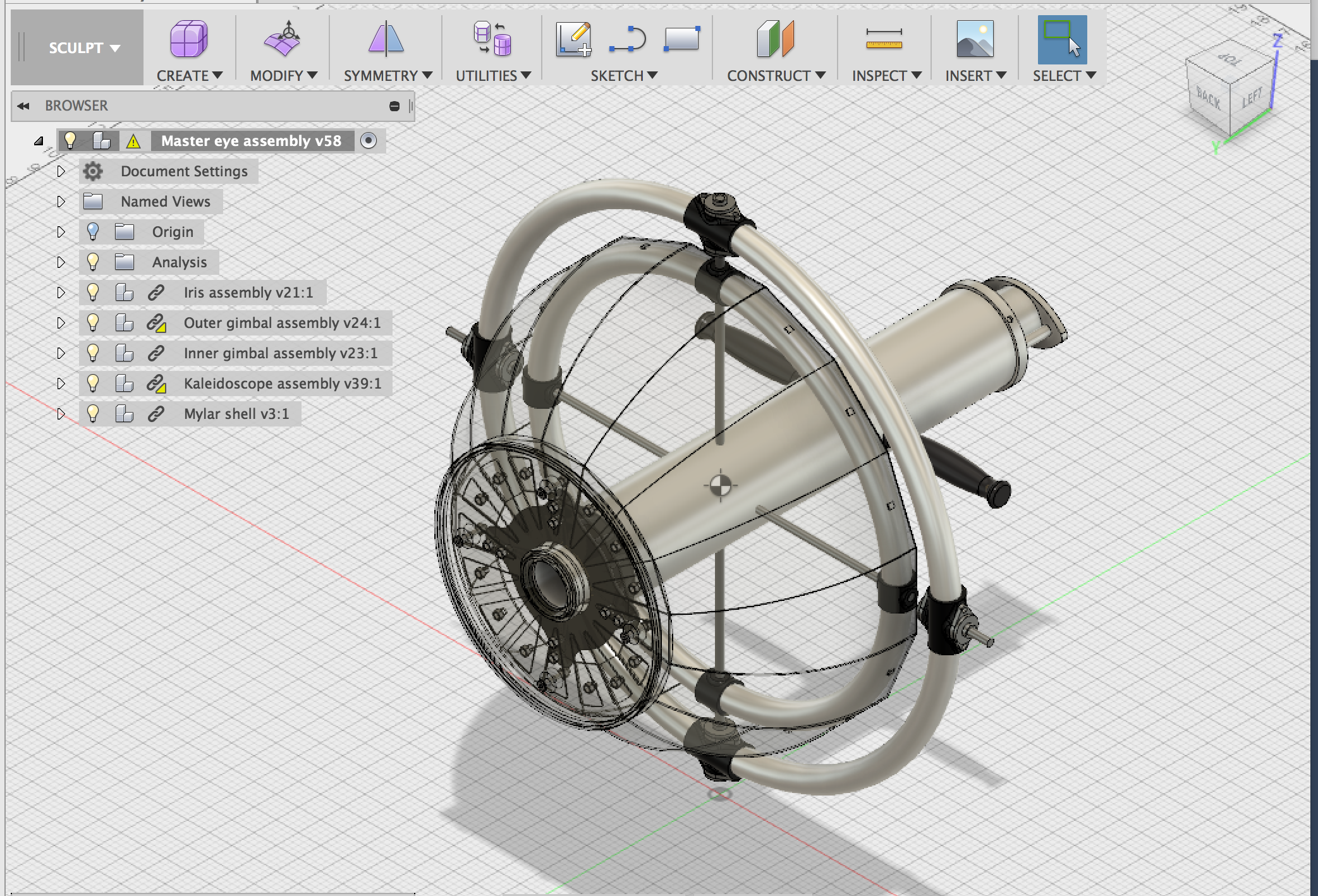